Guest Post by Stacey Waxman, freelance writer with a focus in marketing.

These days, nearly every company utilizes social media websites to advertise and interact with customers. Just like the casual social media user, these companies must use such websites safely. Making Internet safety a priority keeps the company's brand and image as respectable as possible. Here are some lessons from 2013 we should learn from for this new year:

Avoid Business Hacking While most expect hackers to target individuals personally, they often target businesses to obtain confidential company information, reveal future plans or release false information. To avoid these scenarios, secure company information with passwords or encryption software. For employees that post on behalf of the company, create a system that uses the same employee login information for social media and company emails. Many websites allow users to sync accounts across various sites. If you use multiple websites, link them together so that you can post from one secure login system.Protect Personal InformationJust like at home, personal information can be stolen on the job. To avoid having problems with identity theft, keep privacy settings high when using personal accounts through company computers. When posting from a company or personal social media account, be careful about the pictures that are uploaded. Check pictures thoroughly to make sure they contain no personal information such as street names, license plates or people that do not want to be identified. Never store or send personal information on company computers or through email. Uphold the Company ImageStart with a training program to teach employees the proper etiquette for using social media through the company's name. Inform managers of the practices they and other employees should follow to uphold the reputation and security of the business and its personnel. Have a balanced system that requires posts made on the company's behalf to be approved beforehand. For some companies, however, avoiding embarrassment isn't always that simple. In 2013, a few businesses were subject to humiliating media posts sent by everyone from disgruntled employees to CEOs. We should all learn from the following mishaps: AngelHackThe CEO of startup company AngelHack posted to Facebook about his hatred for San Francisco's homeless population. He was quickly chastised on various social media sites which prompted him to issue an apology and start an "open discussion," leading to further criticism. The story gets even worse. The company had an automated Twitter feature to post news whenever AngelHack was mentioned. Unfortunately, it ended up posting the media backlash from the CEO's comments.FacebookFacebook founder and CEO Mark Zuckerberg took notice when a security researcher hacked his profile and posted a message announcing the site's security hole. The researcher claimed he was forced to hack the page after the company repeatedly ignored his warnings that this hole allowed any user to post on another's wall. HMVLaid-off employees from music company HMV got a hold of the company Twitter account and tweeted live during the firing of nearly 200 staff members, sending messages such as "We're tweeting live from HR where we're all being fired! Exciting!" and "Mass execution of loyal employees who love the brand." Apparently the marketing director got wind of the situation only to desperately ask how to "shut down" the Twitter account, and the disgruntled ex-employees tweeted about that as well. Burger KingFast food giant, Burger King fell victim to its own hackers who decided to have fun with the company's Twitter account. The hackers changed its logo and profile name to that of competitor McDonald's. To make matters worse, the hackers went on to post tweets regarding Burger King employees taking drugs among other offensive posts. After the company regained control of its page, the same hackers went on to terrorize Jeep's Twitter page.Sites such as Facebook, Pinterest, Instagram and Twitter are great for interacting with customers and sharing the latest company updates, but they should be used with caution. When you decide to implement a social media campaign, maintain security by changing passwords frequently, remain sensible when posting on sensitive topics, and understand that one mistake can jeopardize your brand’s reputation.

Stacey Waxman is a freelance writer with a focus on marketing. She can be found typing away on her laptop in Cleveland, OH. Stacey welcomes your feedback via email. 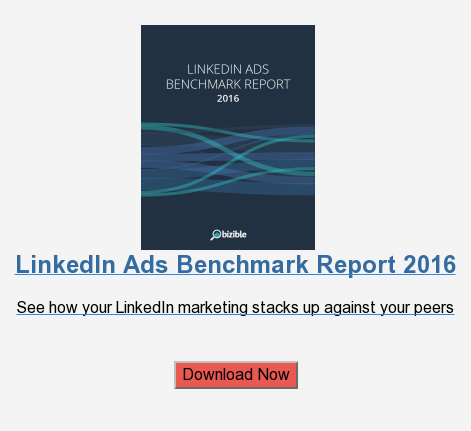 Join 10,000+ of your marketing peers and subscribe to get notified of new blog posts. Never miss a new post!

Request a demo of Bizible today

We will handle your contact details in line with our Privacy Policy. If you prefer not to receive marketing emails from Bizible, you can opt-out of all marketing communications here.

? 2019 Bizible. All Rights Reserved.
Salesforce, Salesforce.com, AppExchange, Sales Cloud, Service Cloud, Chatter, and others are trademarks of salesforce.com, inc. and are used here with permission.